Bow down thine ear, I bring you glad tidings 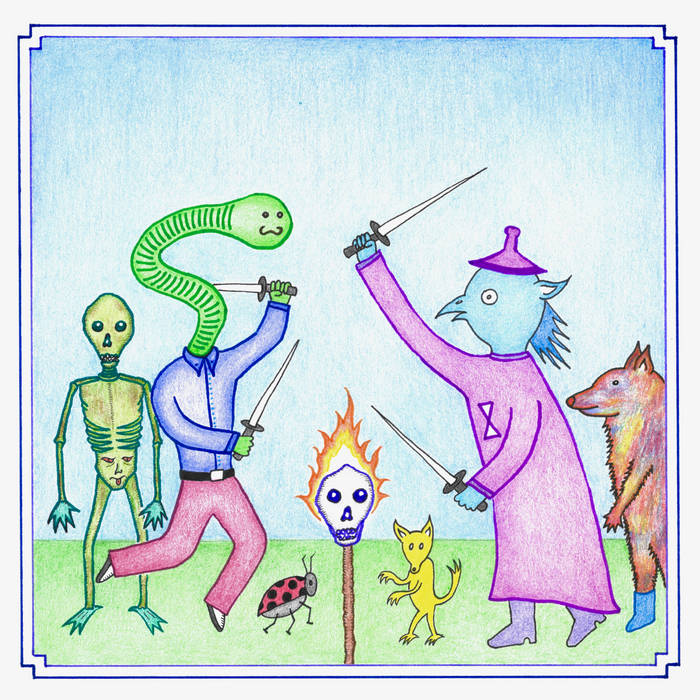 Jane Carpenter this is so beautiful <3 thank you Favorite track: Who can from joy refrain?.

Among the musicians whose work closely reflects the reduced forms in experimental music, perhaps the most interesting is Cristián Alvear, a Chilean guitarist performing formally radical post-Cagean music, as well as Laurent Peter aka d'incise, a composer, multi-instrumentalist and producer, one of the key figures of the eclectic scene in Geneva. The numerous projects in which they participate prove their strictly defined artistic vision and active involvement in networking the music community, so it’s appropriate to consider them as transitory elements between several scenes on different continents. They have collaborated, among others, with Ryoko Akama, Cyril Bondi, Michael Pisaro, Sarah Hennies, Seijiro Murayama, Taku Sugimoto, Lance Austin Olsen and The Pitch.

Bow Down Thine Ear, I Bring You Glad Tidings is a good example of the refinement of the style developed by Alvear and d’incise in recent years. One can observe here how their musical language and range of instrumental techniques in the use of guitar and idiophones got crystallised.

The classical form of a musical piece organized in time and characterized by a set of elements that create a coherent narrative is replaced here by the primacy of repetition, pitch, precise articulation and reverberation. Sounds seem to be clearly rooted in specific acoustic spaces, which allows the space itself to be treated as a real instrument that adds another layer of meaning. Repetitive sound sequences operate in a similar way to the metronome, determining an obsessive rhythmic pattern, a kind of matrix on which all the details are inscribed. The static structure of the pieces allows the music to function as a sound sculpture - breaking time constraints in favour of continuous duration and acting in a multi-perspective way. This material, does not promise any solution, but strictly accompanies the listener and tries to close itself in the continuous present.

At the same time Bow Down Thine Ear, I Bring You Glad Tidings is a clear dialogue with the work of Henry Purcell. The title of the album is a reference to the anthems written by the British composer (Z11, Z2) and the titles of the pieces refer to his sacred songs (Z192, Z342). Apart from a skillful attempt to decontextualize the lyrics (biblical or rooted in the tradition of baroque religious poetry), we can see here not so much an attempt to give the music a metaphysical character, but certainly Alvear and d’incise tend to replicate a similar mode of listening, as in the case of Purcell's compositions - meditative and at the same time oriented to all elements of the musical situation.