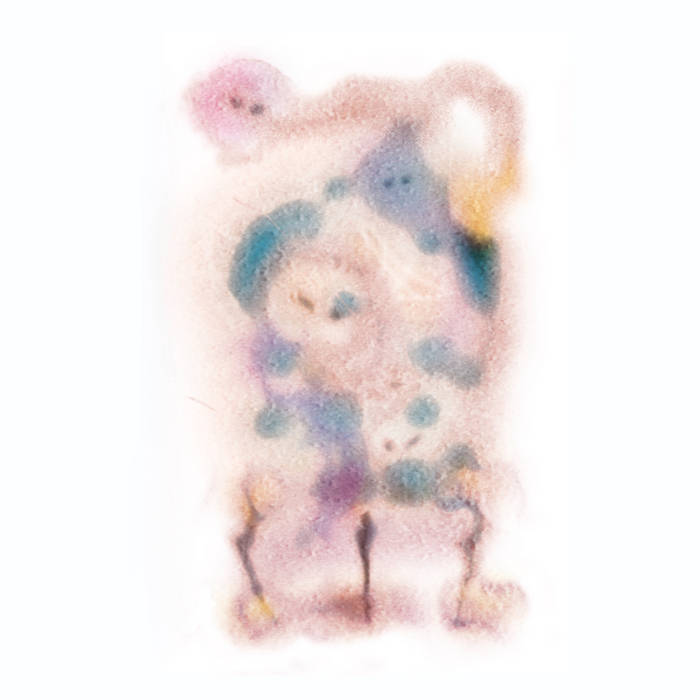 The Dalmarnock Tapes is a collection of previously unreleased tracks by Cucina Povera. They were recorded in 2017 during snowstorm flurries in Dalmarnock, in the east end of Glasgow, Scotland. Cucina Povera is the alias of the Glasgow-based sound artist Maria Rossi, who is originally from Finnish Karelia, the European region that borders Finland and Russia. Cucina povera refers to a style of southern Italian traditional cooking evolved out of precarity and making do. Rossi’s music shares that same ethos of simplicity. Her experimentations with voice and field recordings create gossamer loops – heavenly repetitions and soporific undulations; an utterly sublime and ethereal language that is all her own.

This new series features stunning, celestial vocalisations from Rossi over eight tracks. The recordings were made in the dark, winter months when she was briefly renting a very cheap, rundown studio space in a damp, old warehouse in Dalmarnock. She made it there every day despite bad heating in the building. The snow piled high that year. It was also a period in Rossi’s life when she was moving house every couple of months. The tracks reflect that mildly disturbed and displaced feeling, with a sense of aloneness at their core.

Layering her own harmonies to create a mystical solo choir, Rossi builds an echoey wash of soft sound, using her dreamlike voice as the main instrument and Finnish as the main language. They are spontaneous vocalisations, recorded on the cuff, riffing on a very simple idea or pair of words, such as ‘I hear the floor creaking next door’ or ‘Alone at night’. Her stripped back, ultra soothing meditations take on an almost spiritual quality, ebbing and flowing in waves of warmth and purity. The lapping, lilting motion of her cycles of song has a gentle, comforting quality despite the sense of isolation that inspired them.

Hypnotic shimmers of sound wrap around rhythmic samples of clanking metal in ‘Kahleet’ (‘Shackles’’) creating a ritualistic or ceremonial feel. Elsewhere in ‘Yksin yöllä’ (‘Alone at Night’), her gentle refrains become an otherworldly lullaby. Much like simple Italian cooking, the minimalist approach generates powerful results, distilled with depth and intensity.