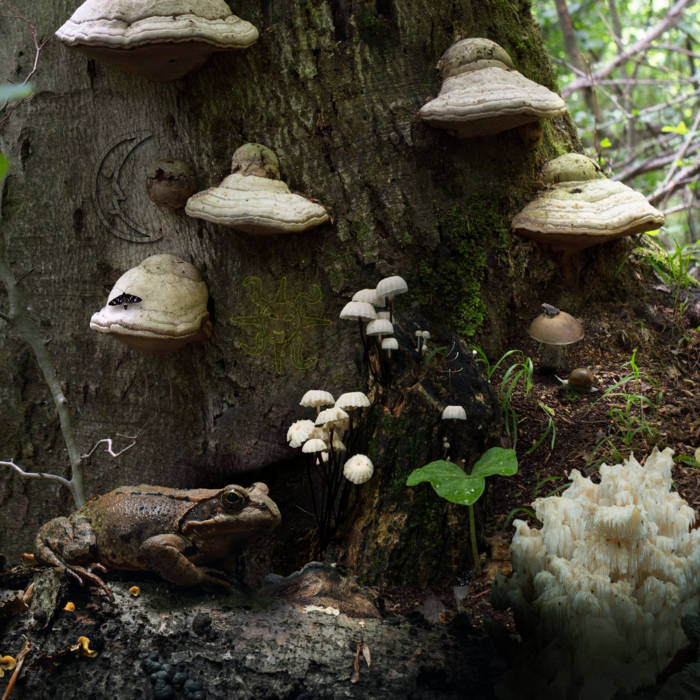 Side A’s two pieces – ’Sotto’ and ‘Spirit’ – are both only made up of synthetic sound, created via computer and other synthesizing methods. The spark came from an attempt to show the process of creation, life and the final union through sonic means, spiralling into a dense lattice of lifeforms, spirits, and objects realised in sound. “The original goal of the project was to convey the idea of this sound visualization for creatures and textures that are fluid, tangled and morphing into and around each other,” explains Oda.

While imagination and spirit are the subjects of the first two pieces, the final piece of the triptych, ‘Enfold’, emerges into a luscious and staggeringly beautiful material world. Oda turns here to acoustic recordings made in the field, as well as pianos, bells, and flute (performed by Susannah Oda), layering the results into the trembling organic soundscape suggested by Jonáš Gruska’s cover photography. The entirety of ‘Sotto’ is a living and vivid sound world of Oda’s creation – the first in a pegged trilogy of triptychs – brimming with beauty in which to wander and bask.

Side A contains only sound synthesis
Side B contains field recordings, piano, bells, as well as flute recordings from Susannah Oda

SOTTO was made in Indiana, California and Virginia from 2018-2020

Sampa The Great joins the show to discuss her release, "As Above, So Below".